The Sunflower School started a “Help India Defeat COVID-19” campaign and is seeking your support. We are raising funds to buy necessary supplies and ship to India to support people in need.

ABOUT THE FUNDRAISER DRIVE DONATE NOW!

LEARN
MORE ABOUT US

Education is a gift that can never be taken away. In the Village of Payakaraopeta, such a gift is truly cherished. The village is proud to have Sunflower School contribute to the community, and we at Sunflower School are grateful to all who have supported our efforts.

Sunflower School was founded in 1979 by Mr. Surya Rao Komali, because the village needed a school for local children who were not privileged enough to attend out-of-town government schools. After his death, the school was not doing well, and it looked like it was going to have to close. However, Surya’s sister, Prabha, and her family felt that the closing of the school would leave a big hole in the community, so in 2014, they took over the school.

Since 2014, the Relangi Family has worked hard to bring the school out of debt and to solicit donations to allow some of the very needy local children to attend. The school and its facilities have been improving little by little. Bathrooms with running water have been built, new classrooms, including a computer lab, have been added, and the school now owns three buses that make it possible for more children to attend.

The Village of Payakaraopeta is located in the Visakhapatnam District in the State of Andhra Pradesh. It has a population of under 30,000. Many people live in huts without running water or electricity. Cows, pigs, and dogs roam freely in the village, so it is not uncommon to have curious animals stop by the school grounds to check things out.

Throughout the year, the average daily high temperature exceeds 85 degrees, so it is usually hot and humid. When it rains, the roads become very muddy, and it is difficult to walk or drive.

In short, Payakaraopeta is a place where a school makes a huge difference. Education provides hope and a way out of poverty. The Sunflower School is proud to be a respected institution in the village. 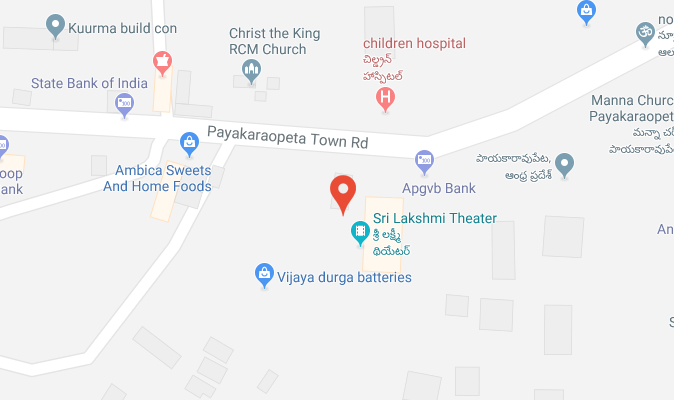 More than 90% of our students come from poor rural families. Their (and often their family’s) ability to escape poverty begins with the needed funding to sustain the students in our school. Your sponsorship of individual students is the gateway to an education that can lead to a better quality of life. Please help us open this gate for them. 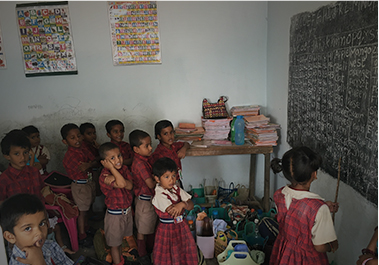 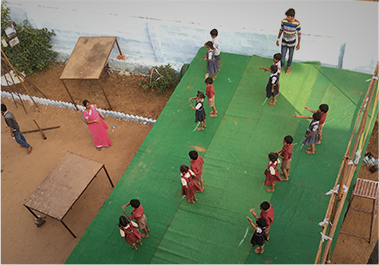